Ranon Phal: The illustrator behind the Baby Elephant logo 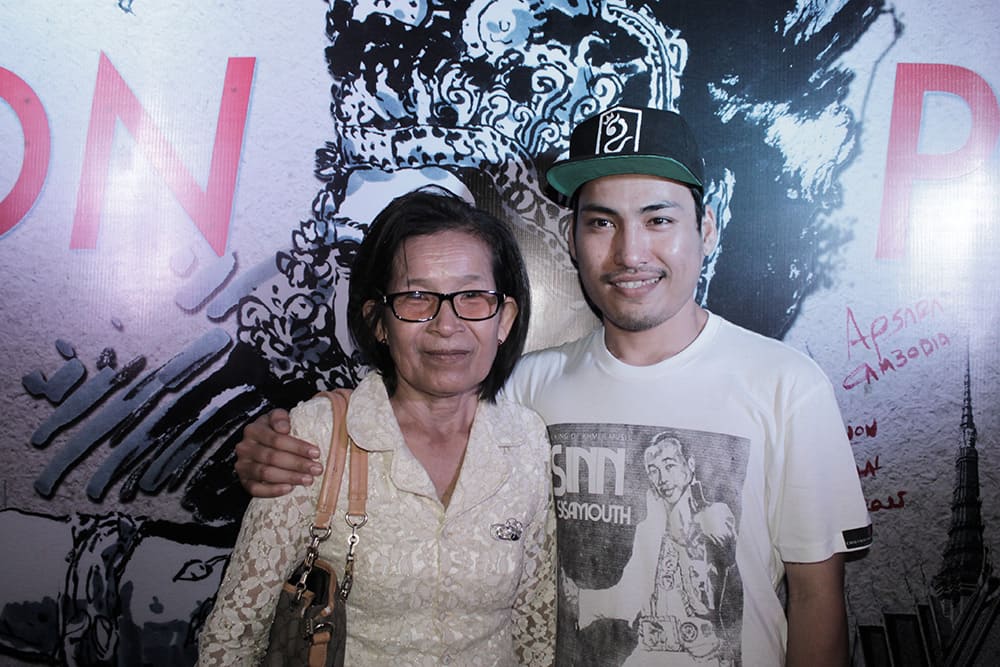 Blogpost from Marketing Director at Baby Elephant, Ilana about Cambodian artist and illustrator of the Baby Elephant logo Ranon Phal 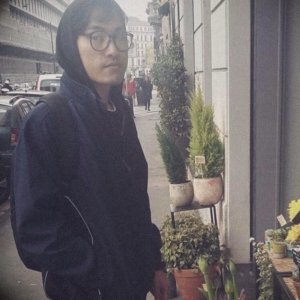 Some stories will inspire you. Cambodian artist Ranon Phal has one of those stories. The illustrator of Baby Elephant’s logo has pursued fine art through the death of his father, cancer and family poverty.

Ranon resides in Italy, but returned home to Cambodia in April 2016 for his first solo exhibition. Hundreds of his peers and fans attended the exhibition, welcoming him back with intense passion.

Ranon was born in the northern Cambodian city of Battambang in 1991, and displayed a talent for the arts from a very young age. As he grew up his dream evolved through his creativity, and he knew he wanted to share his love for the Cambodian kingdom by becoming an artist, depicting Cambodian culture in his work. In 2013 Ranon received a full scholarship to study at the historical L’Accademia di Belle Arti di Brera, established in Milan 1776.

It wasn’t by coincidence that Ranon ended up there. He had been building an Italian connection over a number of years. At 18 years old, Ranon became gravely ill. He was so fatigued he couldn’t walk up stairs, he was in bed for days, and most worryingly, his gums began to bleed. After some extensive tests it was found he was suffering from an aggressive form of blood cancer. The doctors could not treat his illness in Cambodia. First he travelled to Vietnam for treatment, but through contacts was able to secure more intensive treatment in Italy. His brother accompanied him to Italy, their second time ever to leave Cambodia, where they stayed the 8 months of Ranon’s chemotherapy treatment. For Ranon and his family, this time was difficult. His father had died not long before Ranon’s cancer, leaving his mother and older brother as the providers for their family. Money was very tight. They had to move frequently as she sought work, ending up in Phnom Penh where the family is based now, and where his mum worked as a cook. Ranon made a full recovery, but through this experience was drawn back to Italy. You can read more about Ranon in this Khmer Times article.

For Baby Elephant Ranon illustrated intricate symbols of Cambodian history inside the elephant. The two elephants in the middle tell the story of the warriors of the Khmer empire. These illustrations are based on the relief work that you can see on the walls of the amazing Angkor Wat temple.

Ranon then came up with this amazing artwork in his signature style, which evolved later into our logo.

The logo also depicts the important Cambodian concept of Apsara, or beauty. The giant at the top of Apsara symbolises power, and the other animals, cows and elephants are animals which Khmer people have used as transportation throughout history. You can also see the face of Hanuman, the monkey God. The monkey God features in Reamker, the Khmer version of the Hindu epic the Ramayana. Ramayana features two human gods, a captured queen, monkey generals and monkey soldiers. The most beloved character is Hanuman. These icons continue strongly in Cambodian culture.

It was Douglas from Trunkh in Kandal Village who had introduced me to Ranon. Douglas was already a big fan, and when I turned up to Mito Hotel in Phnom Penh for Ranon’s first ever solo exhibition, I realised that it most definitely wasn’t just Douglas who was taken with Ranon’s work. Hundreds of people were in attendance, including the cream of Phnom Penh’s socialite scene.

Here I met the inspirational hotel proprietor of Mito Hotel, Chanda Mito and fashion designer and lifestyle entrepreneur Remy Hout. Remy’s connection to Mito Hotel sees regular partnerships blossom between the arts community and the hotel, and it was Remy who had approached Ranon to put on the exhibition almost two months prior. With Remy fresh from an Angkor Wat fashion show, the two executed the collaboration pretty much as soon as Ranon hit home soil.

I also met Voice of America’s Len Leng who is also a film producer and journalist. She had just returned to Phnom Penh after months of work on the set of Angelina Jolie’s upcoming Netflix film First They Killed My Father. I spoke to young fans of Ranon who approached me to chat, including journalist Sreynith Hak, who came up to me while the band Smallworld Smallband were playing an acoustic set. The crowd was very energetic and enthusiastic, but I wasn’t really following along, mostly because the songs were in Khmer. Sreynith however gave me some insight into why everyone was so excited: the band was playing a punk version of the traditional music of Songkran, the annual festival that kicks off Khmer New Year.

Being introduced to Ranon’s family was a privilege. Ranon’s oldest brother works for a German car company. Responsibilities to his family, the challenges and poverty they faced, prevented him becoming an artist despite the fact he shares Ranon’s passion. 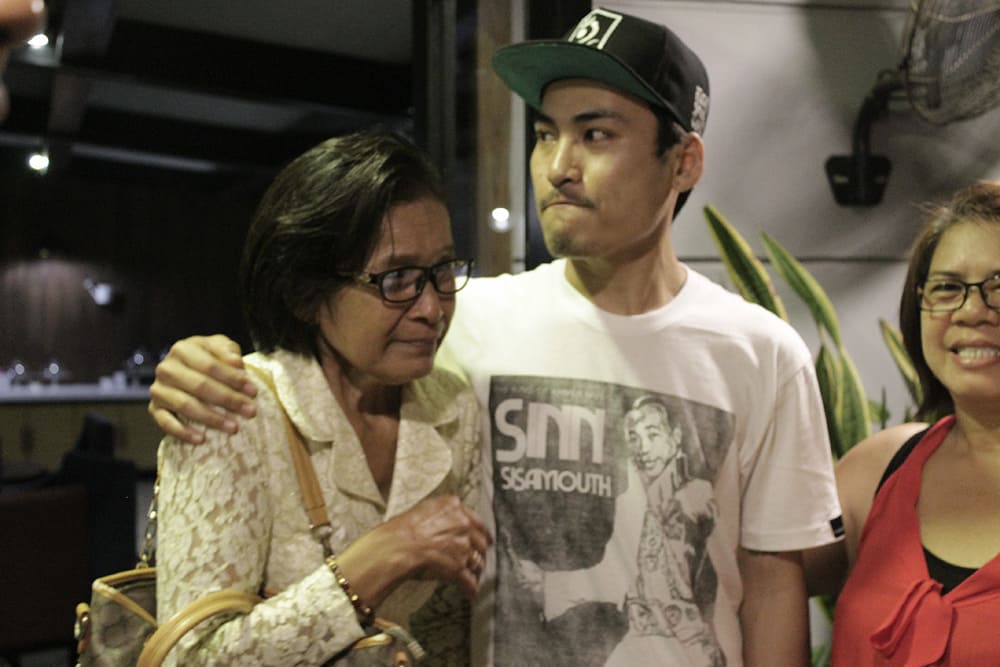 Emotions flowed over for Ranon’s mother, whose son has overcome the family’s significant adversities to become one of Cambodia’s most celebrated emerging Cambodian artists. When I handed her a business card emblazoned with her son’s work she burst into tears and reached out for my arm, overwhelmed with pride. For Ranon’s mother this was a significant event. The room was brimming with more than 300 young people and influencers jammed into this balcony space to honour her 25-year-old son. When Ranon had left Cambodia a few years before, he left as an unknown. Now it is looking like he is going to be a superstar. Without much else on me, I handed her a half dozen more business cards featuring the Baby Elephant logo to show her how much we loved her son’s work. Full of pride, she fought back tears again.