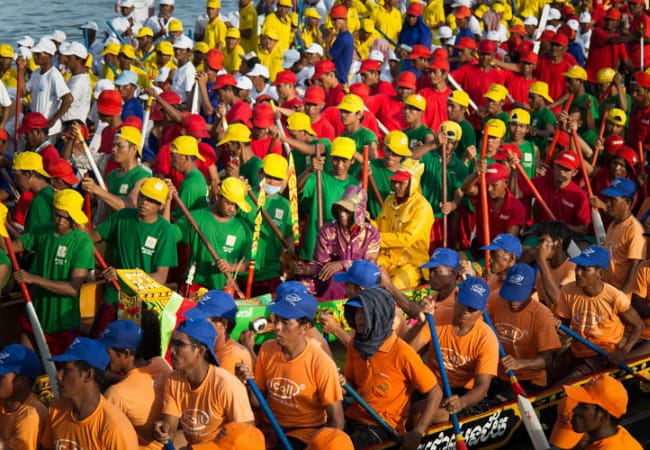 Alongside the Khmer New Year, one of Cambodia’s most significant annual holidays is the Water Festival that falls around November of each year. The festival takes place on the full moon in the twelfth lunar month, and sees large-scale celebrations in both Siem Reap and Phnom Penh.

Check out the 2016 festival program uploaded to Facebook by an expat based in Siem Reap:

In 2016, the three-day festival takes place on 13, 14 and 15 November. Many local businesses in Siem Reap and around the country will be closed during this period, though at Baby Elephant Boutique Hotel we’ll of course be open as normal, and we would love to welcome you to experience this must-see Cambodian festival. 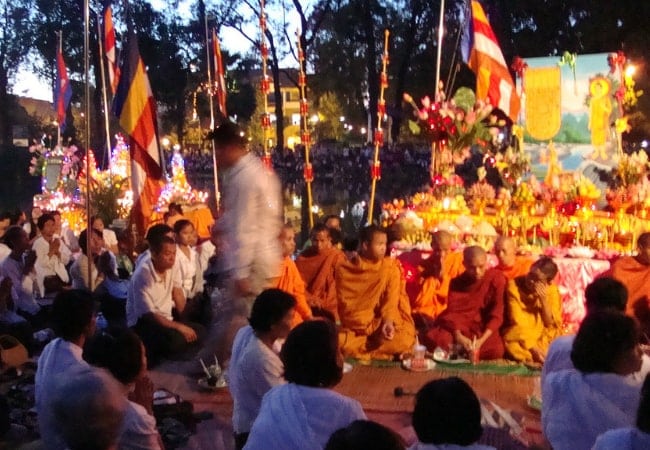 Marking the end of the monsoon

With similarities to festivals like Loy Krathong in neighbouring Thailand, Bon Om Touk – which in full translates as the Water and Moon Festival, and has roots as far back as the Khmer empire – marks the end of the rainy season. At this point, it is common for the rainfall during the monsoon season to have been so substantial that the water flow in the Tonle Sap river reverses its direction; instead of flowing down towards the Mekong river as it does up until this point, it switches and heads back upstream towards the Tonle Sap lake. This unusual phenomenon might well be unique to Cambodia!

That means the festival is an opportunity to celebrate and give thanks to the rivers and other waterways for the fish that are ready to be caught, and for the farming fertility that the rains have brought. In a developing country like Cambodia, where the fish stocks of lakes like the huge Tonle Sap are the primary source of protein – rather than animals raised on dry land, as in many other nations – the importance of the Water Festival to local life is significant. This is especially the case given the festival takes place under the light of the month’s full moon, which Cambodian Buddhists believe brings good luck for a plentiful harvest to come.

The Water Festival is celebrated fervently in the Cambodian capital of Phnom Penh, where a carnival atmosphere pervades as enormous crowds gather in particular at Sisowath Quay to watch boat races along the Tonle Sap river. The history of these races is said to date back as far as the Khmer empire, when the navy used them as an opportunity to demonstrate the strength of its troops, and the winners of the races would be designated as those to be sent to represent Cambodia in battle.

Nowadays, millions of people converge on the capital to join in the festivities, and there are fireworks, concerts, and fairground rides, plus markets with a bounty of delicious street food to devour, including the festival speciality of ork ambok, new-season rice pounded in a pestle and mortar with coconut water and banana.

That said, owing to a fatal stampede at the festival in 2010, large-scale celebrations were cancelled for the subsequent three years. And once again in 2015, though on that occasion political developments were believed to be behind the cancellations. In 2016, however, the festivities look set to go ahead as normal.

In any case, celebrations take place to mark the Bon Om Touk in towns and villages all over Cambodia. It’s common for Cambodians to make spiritual offerings to give thanks and bring good luck, and also to prefer a special feast of celebratory festival dishes, like the famous Cambodian speciality amok, a steamed fish curry.

And there are plenty of festivities to mark the Water Festival right here in our own Siem Reap, too. The Siem Reap river will see large-scale boat races and illuminated processions on 13 and 15 November, which will undoubtedly attract large crowds and a carnival atmosphere. 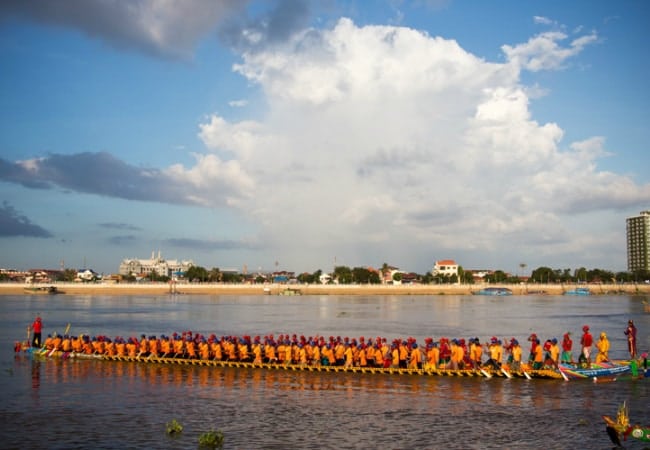 The town will also host open-air concerns and cultural performances, as well as putting on an even wider selection of market stalls than usual, selling food, souvenirs, clothing and just about everything else, especially close to the river.

Much like Khmer New Year, Bon Om Touk is above all else another opportunity for Cambodians to spend time with their families and loved ones, and it’s a great chance for visitors to experience the genuine warmth of local people, who will often extend token invitations to tourists to join in the celebratory mood. If you want to make friends with the locals while you’re in Siem Reap, this is your chance – wear a friendly smile and it will happen before you know it!

Where to stay in Siem Reap for the water festival

If you’re planning to be in Siem Reap during the Cambodian Water Festival, be sure to book accommodation early, as it’s common for hotels, guest houses and resorts to fill up quickly. Needless to say, Baby Elephant Boutique Hotel is the perfect base for your Water Festival trip to Siem Reap.

Our beautiful oasis of a hotel is tucked down a quiet side lane that lets you slip into the day-to-day life of Siem Reap locals – yet we’re just a short walk or tuk-tuk ride from the hustle and bustle of the night market and Pub Street area, as well as from the Siem Reap riverside area where many of the city’s Water Festival celebrations will be taking place. 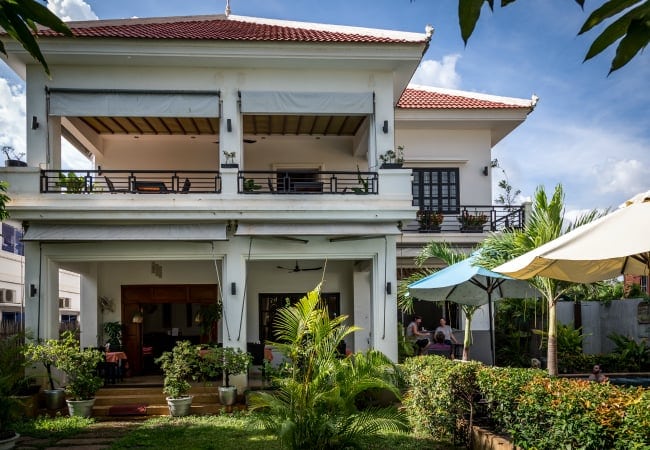 Between our stylish, comfortable rooms with free breakfast, stunning saltwater pool, and delicious local and international meals – and above all our warm welcome and friendly staff – there’s no better place in Siem Reap for you to witness the Water Festival than Baby Elephant Boutique Hotel. Book your stay direct with us today – click here!

Have you celebrated the Water Festival in Siem Reap or elsewhere in Cambodia? Are you coming to Siem Reap this year to join in the festivities? Let us know in the comments!